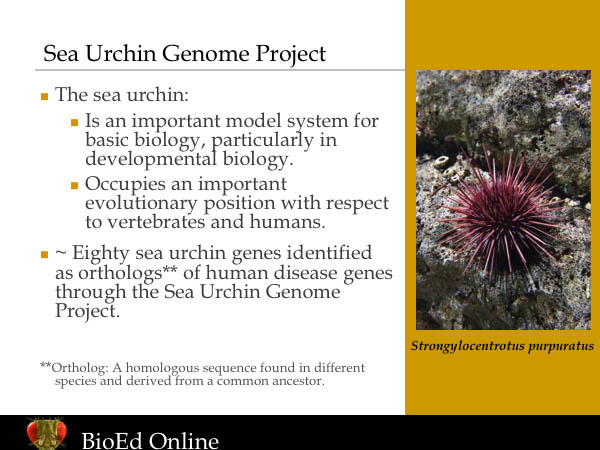 Edited Transcript from “The Pathway to Genomic Medicine,” Richard Gibbs, PhD*
Here’s another one of these creatures. This is the sea urchin, which probably some of you, or a few of you, might have worked on in some lab rotation at some stage. Of course, it’s a model for development and another not too far distant eukaryote. Amongst the many things we discovered in the long, drawn out genome project was that there are eighty or so genes in this creature which really can now be used and studied as disease orthologs. If you’re working on a particular human genetic disease and you know the gene, you can now consider the sea urchin one of the creatures that you might want to look at to investigate the biology of that gene.