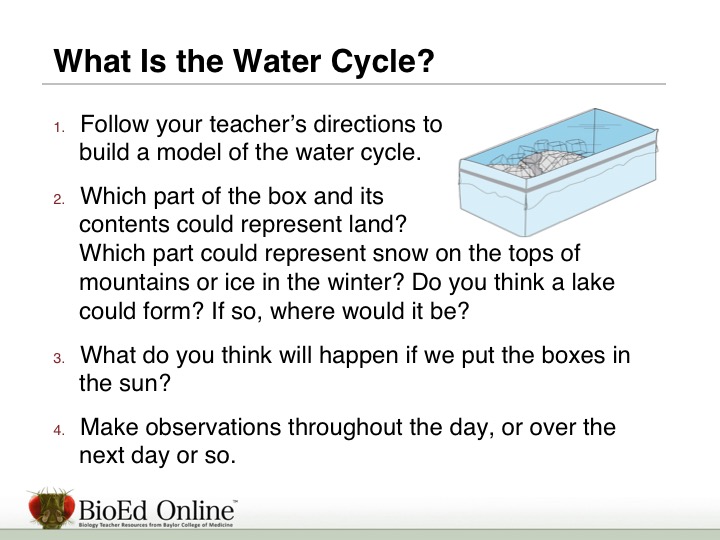 What Is the Water Cycle?

Water is one of the few substances that can be found in all three states—solid, liquid and gas—at any given time somewhere on Earth. For example, snow and ice always are present at the poles, as well as on the tops of high mountains. Liquid water is abundant in many places on Earth, including lakes, rivers, oceans and underground. Water vapor, the gas phase of water, usually makes up a small component of the air around us (up to 5%), and can be observed as steam when liquid water is heated.

When talking about this important resource, we usually think of liquid water. However, if water were not continuously cycling among its three states, the world’s stores of freshwater quickly would become depleted or too polluted to use. Fortunately, our supply of freshwater continually is collected, purified and redistributed as part of the water cycle. Also known as the hydrologic cycle, this continuous process replenishes our water sources through precipitation (rain, mist, snow and sleet, for example). Some water from precipitation soaks into the ground. The rest runs off into streams, lakes and the oceans. Heat from the sun causes water to evaporate from the land and from bodies of water. Water vapor collects in the atmosphere until there is too much for the air to hold in clouds, leading once again to rain or snow.

This activity allows students to explore properties of water that are important to the water cycle.