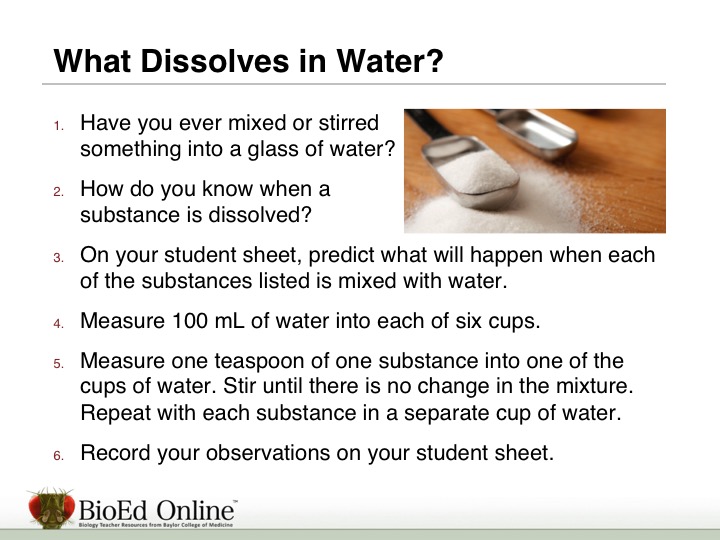 One of the most important properties of liquid water is its ability to dissolve many different substances. The same forces of attraction among molecules that account for the “stickiness” of water also act as tiny magnets that pull certain types of molecules (such as table salt) apart or allow some substances (alcohol, for example) to mix uniformly with water. In general, molecules that have a positive end and a negative end, or that can separate into components with positive and negative charges, will dissolve in water. Molecules without these characteristics, such as oils, will not dissolve in water.

The uniform mixture that results when one substance (such as table salt) is dissolved completely in another (such as water) is called a solution. Many common items are solutions. Household vinegar, for example, is a solution of acetic acid in water.

The reactions that take place inside living cells depend on the presence of water. Likewise, organisms require water outside of cells to transport nutrients and other substances from place to place, and to carry waste products away. In our daily lives, we take advantage of water’s abilities to dissolve and remove unwanted substances by using it for cleaning and rinsing.