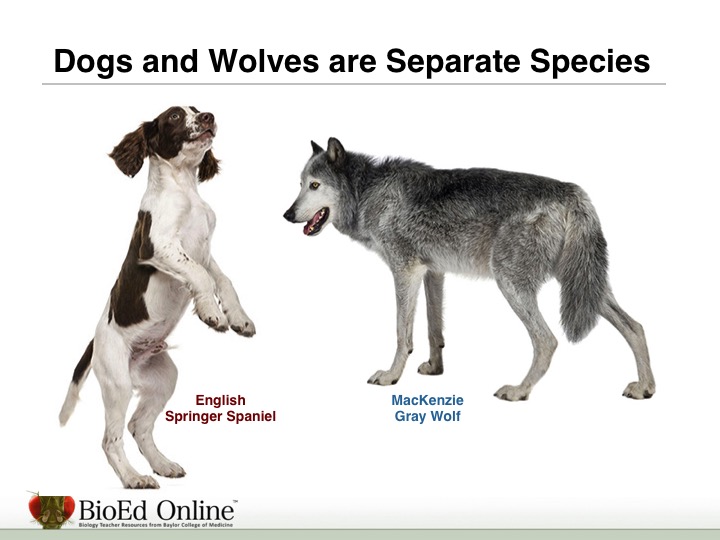 Dogs and Wolves are Separate Species

Experts believe that the domestication and divergence of dogs from wolf populations began about 15,000 years ago. Most modern dog breeds originated within the past few hundred years.

Domestication led to selection for and retention of certain favorable traits, such as herding or tracking behaviors, in addition to preferred physical characteristics.

3. After students have discussed characteristics of the dog, project the next slide, which lists examples of wolf and dog phenotypes.