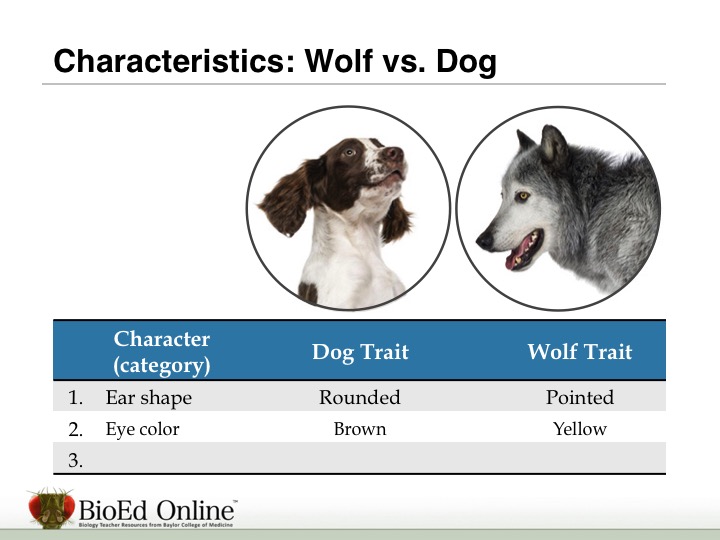 As part of this activity, students examine a diagram that shows the relationships among species in the dog family (Canidae) based on molecular genetic information. It is important to note that diagrams of this type are not family trees or genealogies. Instead, they represent similarities or differences among living (extant) groups based on their genetic information. Groups that are found on the same branches (or clades) of the tree share unique genetic information and are descendants of the same founding or ancestral population.

Note: A phenotypic character is a feature (or trait) that can vary from one individual to another. Characters that differ between these two individuals include height, fur pattern and speed.

Note: You may want to clarify for students that “character” refers to a feature that can vary from one individual or group to another. “Trait” refers to a specific variation or form of a given feature. For example, hair texture is a character. Curly hair and straight hair are two different traits.