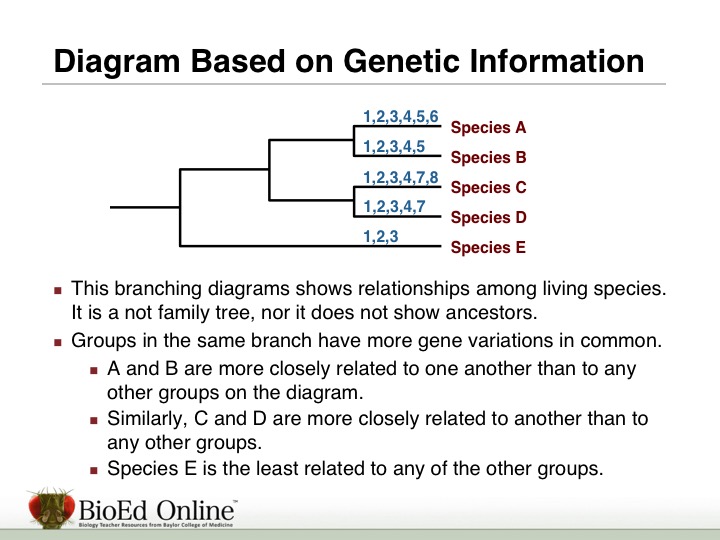 Diagram Based on Genetic Information

This type of diagram, in which groups are defined by shared inherited characteristics, usually is called a phylogeny or phylogenetic tree. The term phylogeny comes from the Greek words, phylon (tribe or clan) and genesis (origin).

5. Explain to students that scientists now can use genetic information to estimate the relationships among different groups of species. Species that are more closely related share more genetic information. In the slide, the numbers in red represent similar versions of genes. Ask, Which numbers are shared by all of the groups? [1,2,3]. Which numbers distinguish the branch containing Species A, B, C and D, from the branch with Species E? [4]. How are the branches with Species A and B, and C and D different?

One also can say that Species A and B share a common ancestor, as do Species C and D. The entire group of Species shares a more distant common ancestor, which was characterized only by genes 1, 2 and 3.