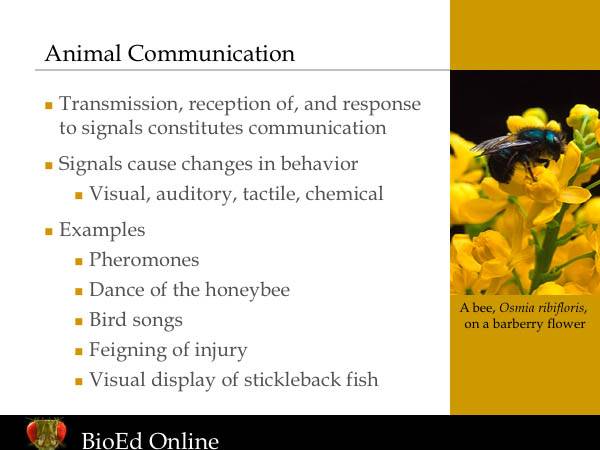 Communication occurs when one organism passes along some type of information (signal) to another, generating a response. Animals may use visual, auditory (sound), tactile (touch), chemical or electrical signals to communicate with one another.  Transmitting and receiving these signals generates an external or internal response in the organism. Some examples are: