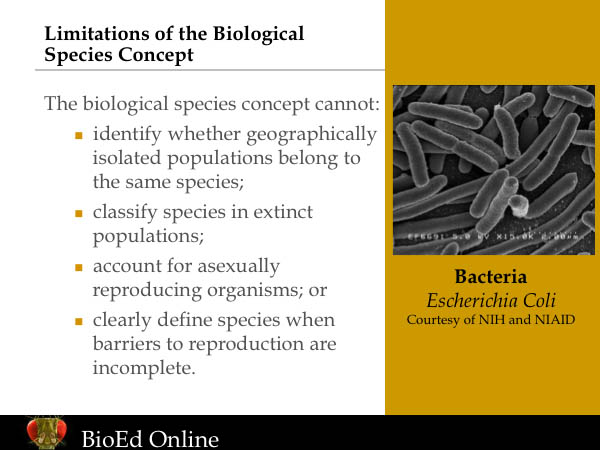 Limitations of the Biological Species Concept