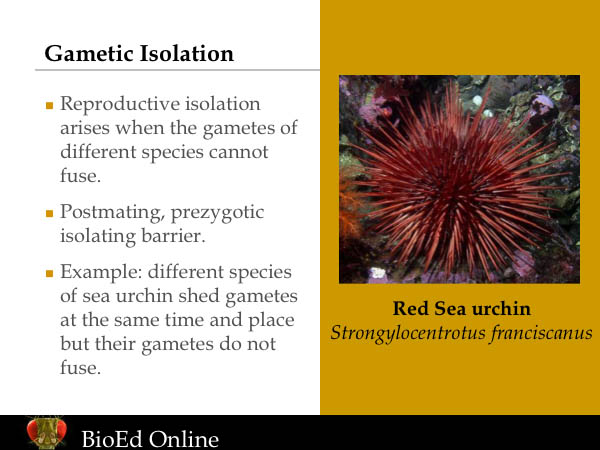 Sea urchins provide a good example of this type of reproductive isolating barrier. Many sea urchin species live in sympatry (within the same geographic region) and shed their gametes at the same time (no temporal isolation), but remain evolutionarily distinct. In this case, the formation of hybrid zygotes is prevented because the surface proteins of the ovule (the "lock") and sperm, or male gametes (the "keys") of different species do not fit together.