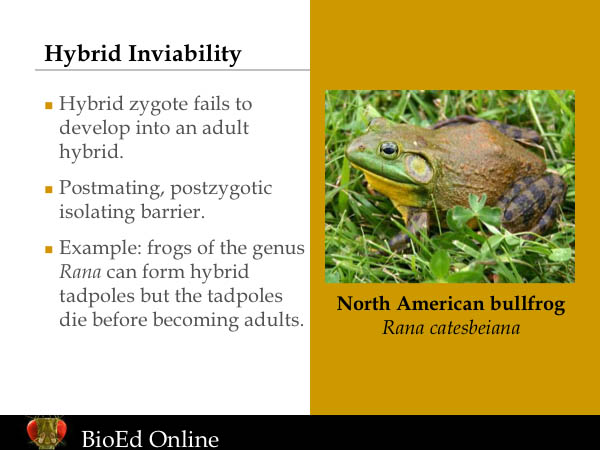 When hybrid zygotes are formed, they frequently die at some point during their development due to genetic incompatibility between the two parent species. This isolation mechanism, known as hybrid inviability, prevents the genomes of the two species from mixing. In this way, the gene flow between the two populations is impeded.

One example of hybrid inviability occurs in the frog genus, Rana. Interbreeding between some species of Rana results in the formation of hybrid tadpoles, but the tadpoles die before they become reproductive adults. Thus, the populations corresponding to different species remain genetically isolated.