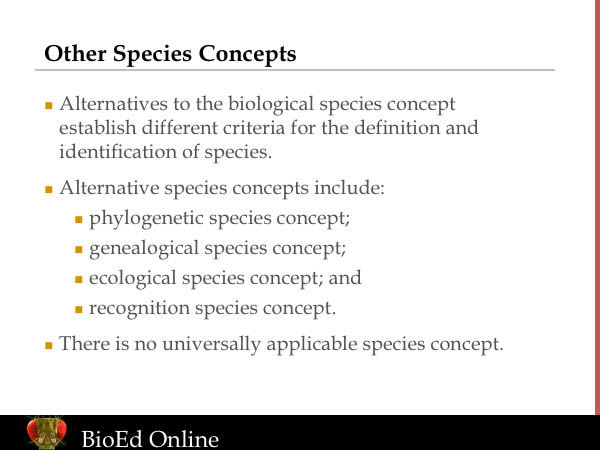 Alternatives to the biological species concept establish different criteria for the definition and identification of species. One alternative is the phylogenetic species concept, which defines species as discreet, irreducible groups of organisms that are "diagnosably different" from other groups and share a common ancestor. Subtle variations of this idea have been proposed, such as the genealogical species concept that defines a species as a group whose members are more closely related to one another than to any organism outside the group. Together, these concepts highlight the role of evolutionary history and genetic divergence in the process of speciation. Phylogenetic relationships are often inferred through the use of quantitative methods. For example, current molecular techniques now permit the direct comparison of genetic information to create groupings or to assign individuals to specific species groups. Before the advent and wide use of DNA, and other sequencing information, phylogenetic relationships were inferred from morphology, geographical distribution, and other characteristics related to phenotype.