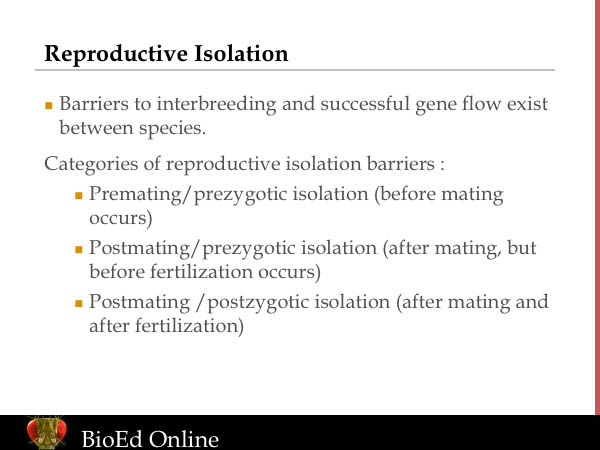 The divergence of species from parental or ancestral populations is reinforced by reproductive barriers that limit exchange of genes with members of other populations. These isolating barriers, originally described by Dobzhanky (1937) as isolation mechanisms, are defined as biological properties of individual organisms that impede gene exchange with members of other populations. External factors, such as geographic barriers are not considered to be reproductive isolating barriers.