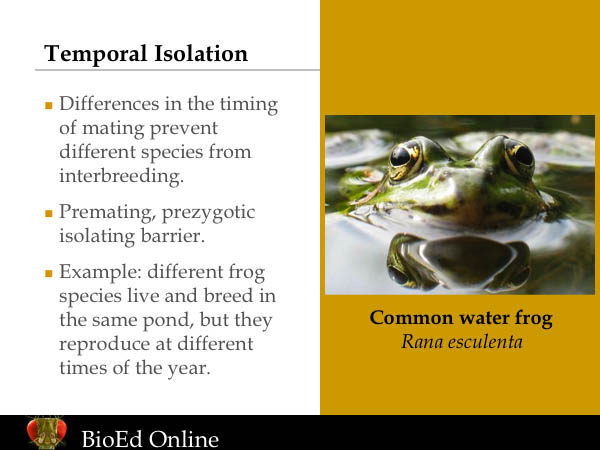 Temporal isolation occurs when members of two species occupy similar habitats, but breed at different times. Thus, gene flow between populations is impeded, even when the species populations occupy the same habitat within the same geographic area.

Different species of frogs, for example, may share the same pond for reproduction, but will not hybridize because they use the pond at different times of the year. Similarly, differences in the flowering times of two closely related species of plants can keep them from being cross-pollinated by one another.