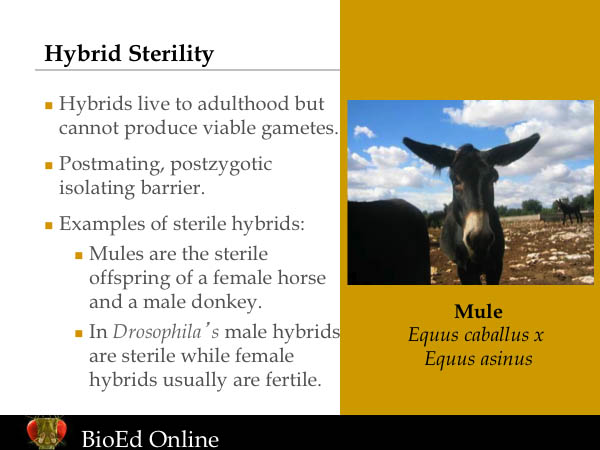 In some cases, hybrid zygotes successfully develop into adults but the adult individuals do not produce viable gametes. This isolating barrier, known as hybrid sterility, restricts the amount of genome mixing that can occur across two species.

A classic example of a sterile hybrid is the mule, the offspring of a female horse and a male donkey. All mules typically are sterile. However, within other taxonomic groups, hybrid sterility is displayed in only one sex. For example, in the fly genus Drosophila, crosses between different species produce sterile male hybrids and female hybrids that usually are fertile.

Hybrid sterility is both a postmating and a postzygotic isolating barrier.