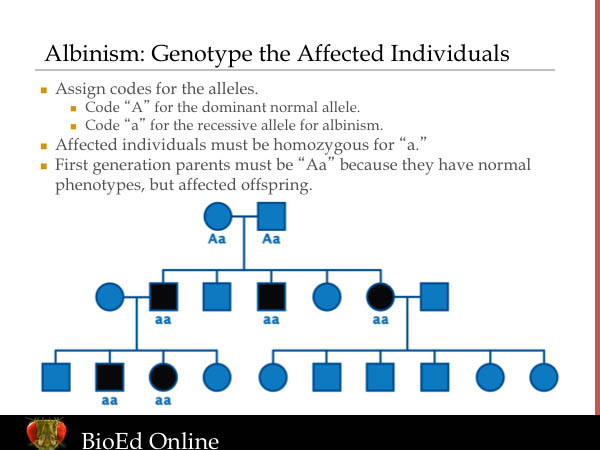 The first step in working out the pedigree of an autosomal recessive trait is to genotype the affected individuals. Here, we are using an arbitrary coding system of "A" for the dominant normal allele and "a" for the recessive allele that confers albinism. Since both "a" alleles are required to cause albinism, the genotype of any individual expressing the trait must be homozygous for "a."