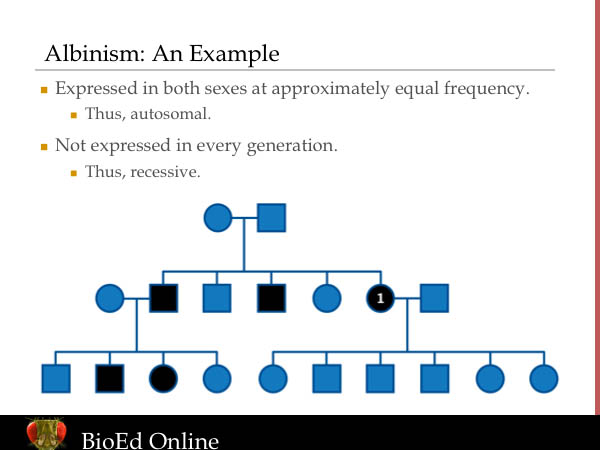 People expressing albinism lack pigmentation in their eyes and skin (among other features). As with the pedigree for Marfan's syndrome, expression of the albino trait has no sex-specific pattern. Both males and females express albinism at approximately equal frequency (the black circles and squares). Thus, we can assume the gene that causes albinism is autosomal.

Note that the trait is not expressed in every generation. Neither parent in the first generation was albino, but the offspring were. Also, individual #1 expressed albinism, but this trait was not found in any of her offspring. Therefore, we can assume that an allele for albinism is recessive to a normal allele.