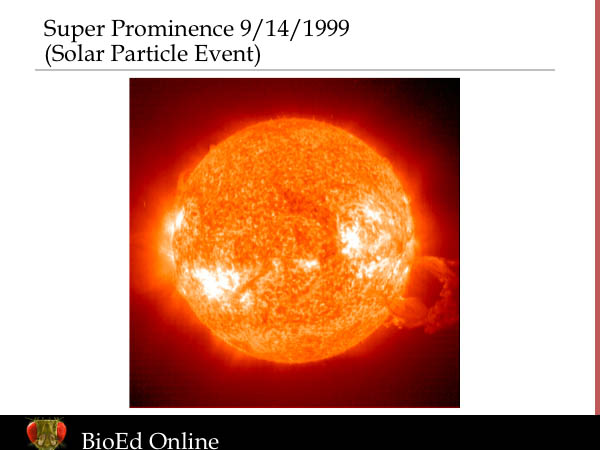 Transcript:
In the future, it is expected that NSBRI's Radiation Effects Team will be primarily focused on acute effects of high-energy proton radiation of the types and doses which may be encountered during a solar particle event (SPE), the subject of the short movie, produced by Dr. Ron Turner, which you are now seeing. The estimates of doses to be received by astronauts during an SPE vary greatly.