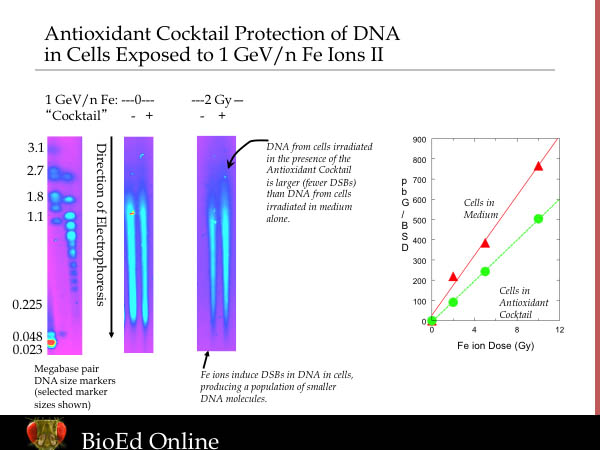 At this time, NSBRI investigators have shown that the major space radiation-induced biological effects of concern (that is cell killing, mutation and cancer development) can be prevented or minimized. That is to say, "proof of principle" exists for the potential elimination of space radiation biologic effects, including those produced by HZE particle radiation. It is now clear that there are many different classes of modifying agents; these modifying agents have different potential toxicities and side effects. The challenge for NSBRI researchers now is to determine the best possible combinations of modifying agents so that the potential biological effects from space radiations can be eliminated with the fewest possible toxicities and side effects of the pharmaceutical or nutritional supplement agents utilized.

The investigations of the NSBRI Radiation Effects Team are focused on important research questions of particular relevance to both the NSBRI and NASA. NSBRI researchers will soon be focused on space radiation risks and countermeasures related to the acute effects which may occur as a result of astronaut exposure to proton radiation during an SPE.