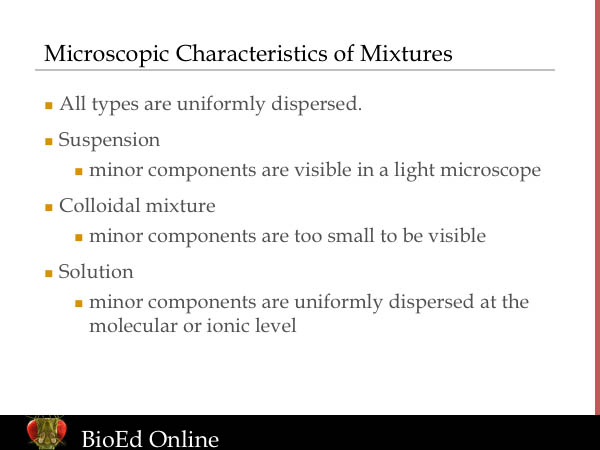 Wilhelm Ostwald, Nobel Laureate in Chemistry in 1909, was one of the founders of modern physical chemistry. He is reported to have said, "There are no sharp differences between mechanical suspensions, colloidal solutions, and molecular [true] solutions. There is a gradual and continuous transition from the first through the second to the third."

The "mechanical suspension" to which Ostwald referred is the easiest to describe. The minor component in a suspension is typically visible in an optical microscope and often is visible to the naked eye.