How Vaccines Led to the Elimination of Smallpox 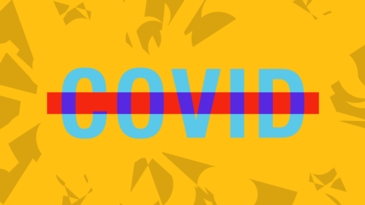 Students read an essay about the history of smallpox, the first case of human vaccination, and the eradication of smallpox as a naturally occurring viral disease in humans.

British physician Edward Jenner tested the hypothesis that infection with the cowpox virus (vaccinia) could protect an individual from a much more deadly infection from smallpox (caused by the variola virus). He observed that dairy workers, who contracted cowpox from cattle, typically did not become infected with smallpox. In 1796, he inoculated an eight-year-old boy with material from a cowpox sore on the hand of an infected dairy worker. He later exposed the boy to material taken from a human smallpox sore. Fortunately, the boy remained healthy. The process became known as vaccination.

The eradication of smallpox is an example of what can be done to fight one of the most dreaded pandemics of all time. Smallpox spanned the world, causing tens of millions of deaths over several millennia. The defeat of smallpox began with the discovery of an effective vaccination in the 18th century. Still, it took almost 200 years before vaccination became so widespread that no more cases of smallpox occurred. The World Health Assembly (the decision-making body of the World Health Organization) officially declared the world free of this disease on May 8, 1980.

Smallpox is the only virus disease ever eliminated. The essay that accompanies this activity tells how this happened and is a great lesson to inform how we handle COVID-19.

?The modern process of vaccine development and testing follows rigorous ethical guidelines and oversight. Four principles must be upheld: respect for persons, beneficence (the ethical obligation to maximize possible benefits and minimize harm), non-maleficence (avoiding harm to research subjects) and justice (vulnerable groups like children should be protected and no one group should have a disproportionate benefit or harm).

Smallpox is the only infectious disease to have been eradicated through worldwide vaccination. Modern vaccines are developed and tested following rigorous and ethical processes. Scientists and engineers are guided by habits of mind, such as intellectual honesty, tolerance of ambiguity, skepticism and openness to new ideas.

Students will describe the first documented record of vaccination against smallpox, integrate information presented in different media (text and video) and compare the original process with the ways in which modern drug and vaccine developers protect human health and safety.

Engaging in Argument from Evidence

Set Up and Teaching Tips

Students will read an historical essay about the development of vaccination and eventual eradication of smallpox as a naturally occurring infectious disease. You may assign this reading as homework over one or two days, or have students read the essay in class prior to leading a discussion. Afterward, students will watch a CDC video on modern vaccine development to compare the process followed by Edward Jenner, the inventor of smallpox vaccination, and modern procedures.

What are three things you learned?

What are two questions you have?

What is one idea or concept you would like to learn more about?

The answer is “no.” Current biomedical research procedures are guided by principles of respect for persons, beneficence (the ethical obligation to maximize possible benefits and minimize harm), non-maleficence (avoiding harm to research subjects) and justice (vulnerable groups like children should be protected and no one group should have a disproportionate benefit or harm).

College of Physicians of Philadelphia. The History of Vaccines.
https://www.historyofvaccines.org/