What are Infectious Diseases?

A Look at Illnesses Around the World 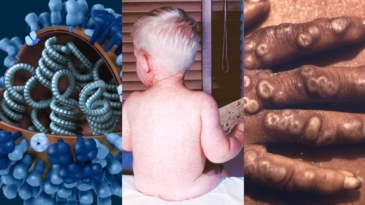 Students will conduct research using online text resources and media related to infectious and non-infectious diseases and compare the prevalence of different diseases across countries with different income levels. Students will apply coronavirus disease information from the World Health Organization to learn how disease spread is monitored and compare the status of different countries.

Students will apply COVID-19 information from the World Health Organization to learn how disease spread is monitored and compare the status of different countries.

After completing the unit, students will be able to:

ELA-LITERACY.RST.9-10.2. Determine the central ideas or conclusions of a text; trace the text's explanation or depiction of a complex process, phenomenon, or concept; provide an accurate summary of the text.

Each student will need:

Copy of the Student Research Guide (digital or paper) on which to record answers.

Teacher will need the accompany slides to guide student discussion

Set Up and Teaching Tips

This activity can be introduced during one classroom period and completed during the next time you meet with students. Use the accompanying slides to guide a discussion of students’ independent research using informational texts and media.

Note: Slide 4 is optional. If you want to include a formal evaluation with this activity, you may choose to hide the slide and use it afterward with students as an assessment.

Slide 2: What is an infectious disease?

Slide 4: Does money make a difference?

Slide 6: Why are the causes of death changing?

Slide 7: Why do we get new infectious diseases?

Have students use three additional graphs on the WHO website (https://www.who.int/news-room/fact-sheets/detail/the-top-10-causes-of-death) to determine whether the most common causes of death around the world are influenced by a country’s affluence (overall income levels). Results are provided below and on Slide 4 (described above). 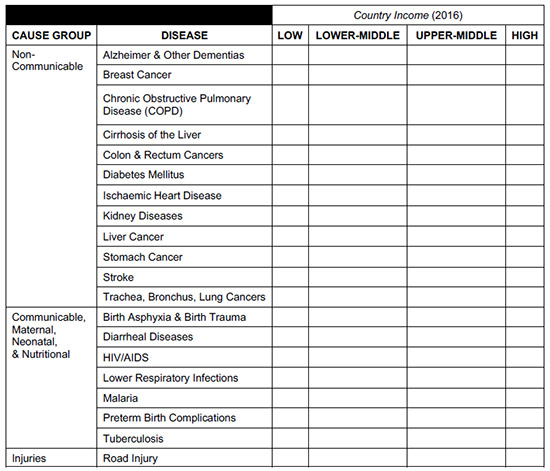 [PSM1]There is no section that correlates to the student document on Explore and the website: WHO site on COVID dashboard

There is also not a slide that corresponds to the dashboard