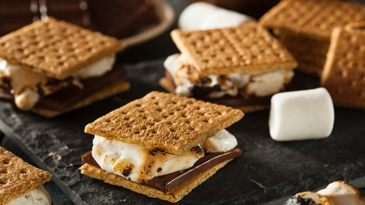 Students learn about the greenhouse effect by observing the reflective or heat-trapping qualities of different materials. Student sheets are provided in English and in Spanish.

Several transparent gases in the lower layer of the atmosphere (troposphere) have an important role in determining the temperature of Earth’s surface. These gases, which act like glass windows in a greenhouse or automobile, let light and other forms of radiation from the sun pass through the atmosphere. Much of this energy is absorbed into Earth’s surface, which becomes warmer (just like the seats in a car parked in the sun). Some heat, however, is radiated back into the atmosphere. There, gases like carbon dioxide, methane, ozone and water vapor (the so-called “greenhouse gases”) absorb some of the heat and sent it out again in all directions, including back toward the surface. This warms Earth’s surface and the lower atmosphere.

Without the warming effect of greenhouse gases, Earth’s average surface temperature would be around –18°C (0°F), instead of the actual temperature of about 15°C (59°F). Much of the planet would be frozen. On the other hand, if there were more of the greenhouse gases, Earth’s surface would be too hot to support life. Scientists around the world are concerned that increased levels of greenhouse gases (especially carbon dioxide), resulting from human activities, are causing additional warming of the planet’s surface. Levels of carbon dioxide in the atmosphere have increased more than 30% since the industrial revolution. This increase is due primarily to the burning of fossil fuels and changes in land use (burning forests to clear land for farming, for example). Even minor increases in the surface temperature can have far-reaching effects. Major climactic patterns of winds, temperature and rainfall could change drastically, impacting water resources, coastlines, agriculture, forests and energy production, as well as patterns of disease.

This activity is designed to provide a simple introduction to the concepts underlying the greenhouse effect and to provide background information for thinking about climate change.

Before beginning, have students create a class chart of their predictions about the results of the investigation. Compare the predictions to the results and discuss the differences with students.