HIV/AIDS in the United States 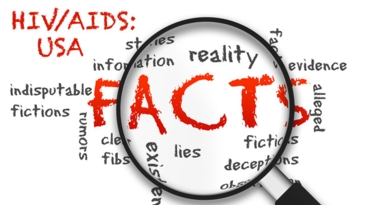 Students read an essay about misperceptions related to HIV/AIDS and use statistical data to create presentations on the impacts of HIV/AIDS in the United States.

The Centers for Disease Control and Prevention (CDC) estimate that more than one million people in the United States are living with HIV. About one in five (21%) of these people are unaware of their HIV-positive status. It is not surprising, then, that each year, upwards of 56,000 more Americans become infected with HIV. And despite improved medications, more than 18,000 people in the U.S. die each year from AIDS-related causes.

The burdens of HIV/AIDS are not distributed equally across all segments of the U.S. population. Among racial/ethnic groups, African Americans face the highest rates of infection. Hispanics/Latinos also have a disproportionately large representation among the population of Americans living with HIV/AIDS.

Unfortunately, many young people do not understand how HIV is transmitted or treated. This lack of knowledge, when combined with alcohol and/or drug use, can be especially dangerous for adolescents, who are more likely to engage in high-risk behaviors, such as unprotected sex, when they are “under the influence.” Improving students’ basic knowledge, understanding of risks, and decision-making skills can help reduce rates of teen pregnancy and infection by STDs, including HIV. In this activity, students will discuss common misconceptions and truths about HIV/AIDS, and will examine authentic CDC data about the epidemic in our country.