We often take for granted the ability to plan a project, carry out our daily "to do" list, or remember the steps in performing a certain task. But imagine walking into your kitchen and just standing there because you've forgotten how to prepare a bowl of cereal or toast bread. You may not even remember where you are, or why you are there. Such experiences are commonplace for individuals who suffer from the mind-robbing condition known as Alzheimer's disease (AD). It is estimated that up to five million Americans and 26 million people worldwide have AD. And due to the world's aging population, it is projected that the number of people suffering from this devastating disease will grow to 106 million by 2050. On average, patients survive about 8–10 years after being diagnosed with AD. 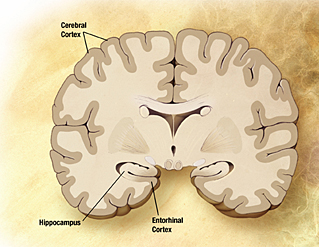 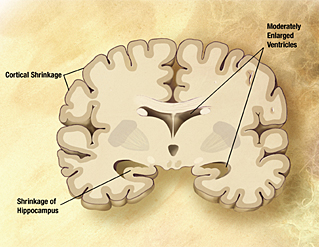 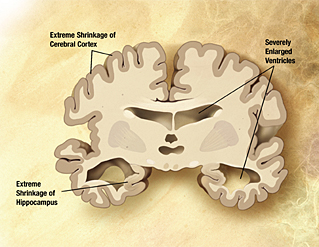 Although AD is the most common form of dementia (a brain disorder that hinders a person's ability to carry out routine activities), it still is not completely understood what triggers this disease. There is probably no single cause, but rather, a combination of factors – including genetics and lifestyle – that increase a person's likelihood of developing Alzheimer's. Evidence also suggests that some of the same factors that lead to heart attack and stroke (e.g., high blood pressure, high cholesterol, and low dietary folic acid) also may increase one's risk for AD. Lack of physical exercise and mental activities also have been identified as risk factors that can lead to AD.

The symptoms for Alzheimer's disease begin slowly, in the form of forgetfulness or the inability to solve simple math problems. As AD progresses, the symptoms become severe enough that a person with the disease (or his/her family members) will seek medical help. Middle-stage AD sufferers forget how to perform simple tasks such as brushing their teeth. Advanced AD is characterized by the inability to recognize familiar people and places, and eventually, the inability even to read, write, or speak.1 These symptoms arise as nerve cells in the brain necessary for memory die, or as nerve cell connections are disrupted. As more and more nerve cells die, the brain shrinks and memory is lost.3

AD is named after the German doctor, Alois Alzheimer. In 1906, Dr. Alzheimer discovered abnormal clumps (now called beta-amyloid plaques) and tangled nerve bundles (neurofibrillary tangles)1 in the brain of a woman who died of an unusual mental illness. Today, the presence of plaques or tangles is considered a sign of AD, and both are the focus of much research.

What causes beta-amyloid plaques? Briefly, amyloid precursor protein (APP) is a transmembrane protein (part outside and part inside the cell) that may help neurons to repair and grow after brain injury. For some reason, in patients with AD, enzymes cut APP into pieces. One of these pieces is called beta amyloid protein. These beta amyloid proteins clump together outside the nerve cell to form insoluble plaques, which tend to develop in areas of the brain that encode memories and aid in decision-making processes. It still is not known whether the plaques cause AD or are a product of this disease.

Neurofibrillary tangles develop when threads of the protein, tau, become knotted inside brain and spinal cord neurons. Usually, tau helps to stabilize microtubules that form a scaffold-like support structure of these nerve cells. But in people with AD, the support threads of tau become tangled and the neuron support structure collapses. This collapse results in decreased chemical signaling between neurons (communication that is necessary for neuron health) and decreased nutrient transport within the affected neurons, eventually resulting in the death of affected neurons. 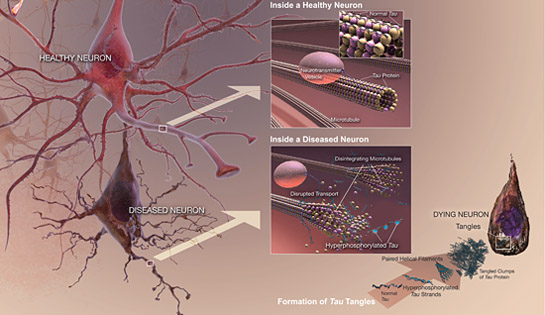 Many older people develop some plaques and tangles through the normal process of aging. However, these abnormal structures tend to be much more numerous in AD patients. To better understand how tau protein tangles and beta-amyloid plaques form and may affect our memory process, view the two-minute video, "Alzheimer's Disease Process," from the National Institute on Aging of the National Institutes of Health.

There is some promising news for sufferers of this life-altering disease. Highly encouraging results from Phase II Clinical Trials of the drug, Rember, were reported at the 2008 International Conference on Alzheimer's Disease in Chicago. A research team from Scotland's University of Aberdeen conducted these studies using 321 patients with mild to moderate AD. After 19 months of the clinical trial, the disease progressed 81% more slowly in patients treated with Rember compared to the placebo patients (control group with no drug). The drug seems to inhibit the buildup of the protein, tau, in nerve cells, thereby slowing the formation of tangles. Phase III Clinical Trials are scheduled to begin in 2009. If they are successful, Rember could be available commercially in 2012.  AD patients and their family members look hopefully to the near future for research breakthroughs like this one, which can aid in their fight against this devastating disease.

Additional information: Inside the Brain: An Interactive Tour