The world is eating more fish now than ever — with farmed, rather than wild-caught, animals driving the increase in recent decades. These revelations emerge from a huge trawl of data that the Food and Agriculture Organization (FAO) of the United Nations releases every two years.

The ‘State of World Fisheries and Aquaculture’ (SOFIA) report, released on 7 July, shows an increase in fish production and consumption, largely driven by farmed fish. 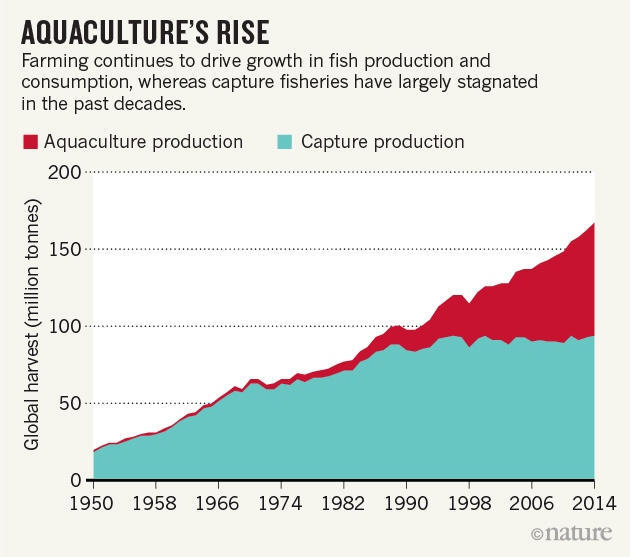 The report also says that 2014 was the first year in which more fish for consumption came from farming than were captured from the wild. In that year, people ate an average of 20.1 kilograms of fish, up from an average of 9.9 kg in the 1960s.

Harvests of farmed shrimp, molluscs and seaweed have also grown markedly over the decades. 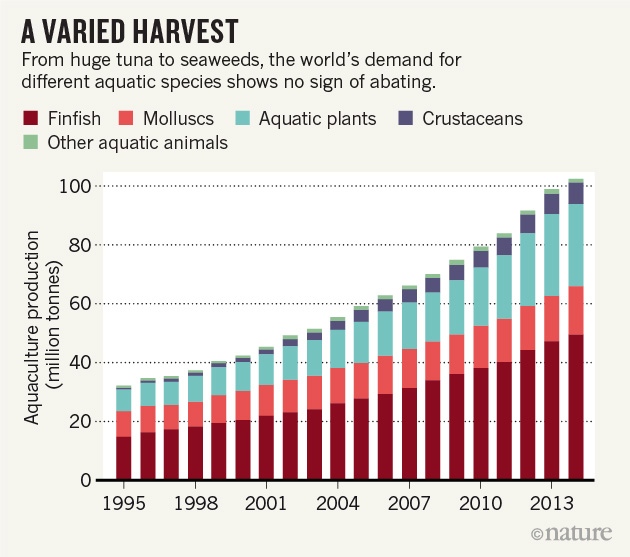 Manuel Barange, director of the Fisheries and Aquaculture Policy and Resources Division at the FAO notes that 50% of aquaculture now uses species that do not need to be actively fed. The ‘fishmeal’ often used for feeding in aquaculture is made mostly of wild-caught animals, a wasteful and inefficient practice.

Yet the overall picture is not rosy for wild fish. “The state of the world’s marine fish stocks has not improved overall, despite notable progress in some areas,” the SOFIA report notes. 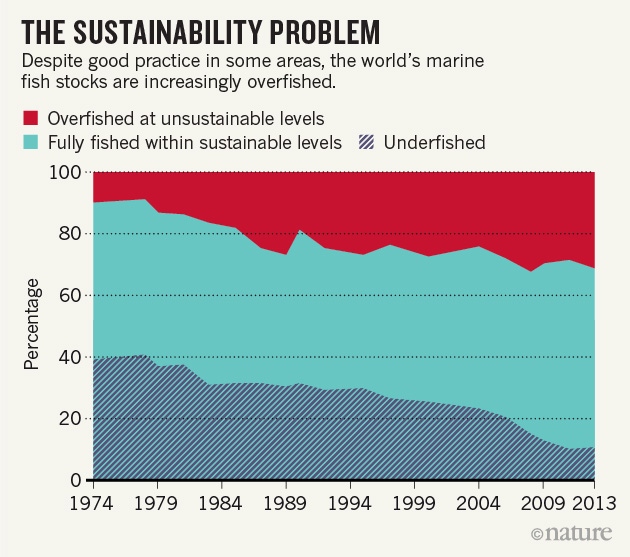 Barange says that the rise in overexploitation appears to be slowing, but he adds: “The message from SOFIA 2016 is we have 31% of the world’s stocks that are being fished unsustainably. That figure has been increasing over time. And that is an issue of concern.”

There are other estimates of how many animals the world’s millions of fishers haul ashore every year, but the SOFIA report remains the go-to document for academics, says Barange.